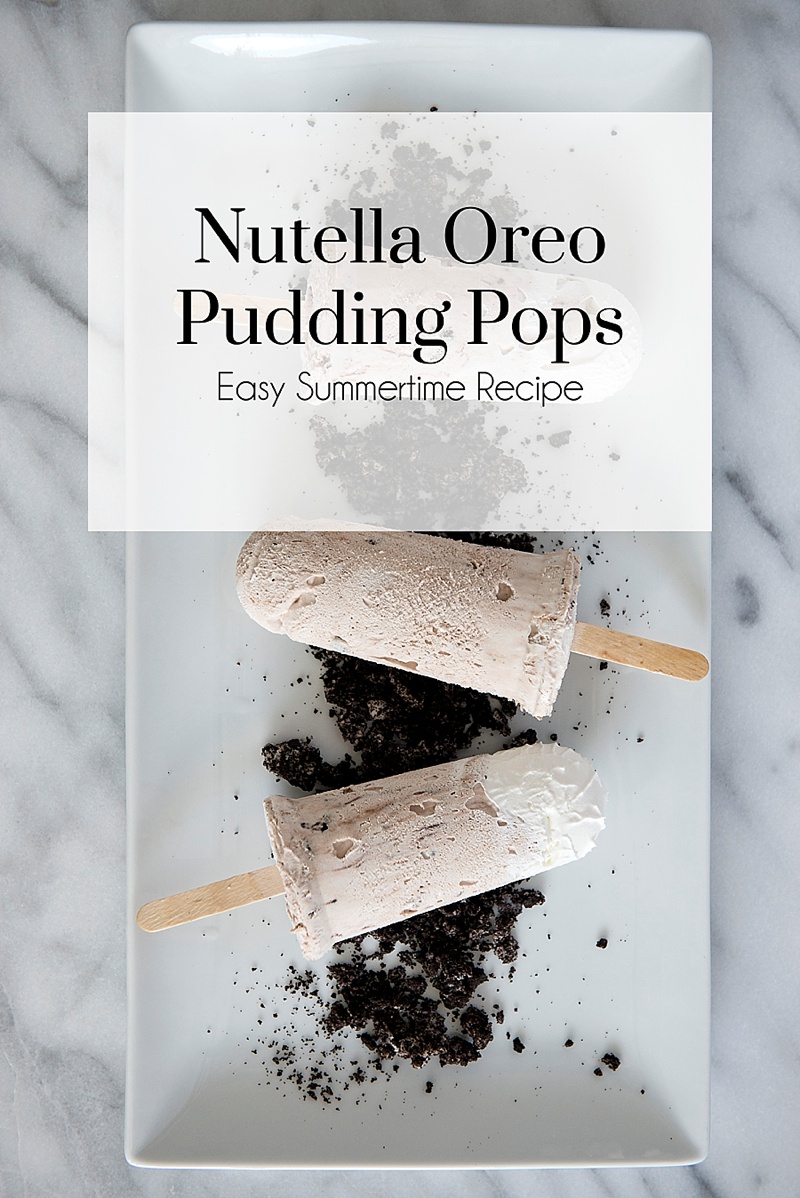 It’s August, which means that summer is winding down. But, while it’s still hot outside, I thought I should take advantage and make some Nutella Oreo Pudding Pops!

These popsicles were inspired by my husband’s favorite pie (you guessed it) Nutella Oreo Pudding Pie. It’s a somewhat simple frozen pie with an Oreo crust, covered with a layer of Nutella then filled with a Cool Whip/Oreo pudding mixture and topped with more Cool Whip. It is delightful, but sometimes you’re just not in the mood to cut a piece of pie, get a fork and a plate, then you’ll have to WASH the fork and plate…it’s just so much work!

Solution: Nutella Oreo Pudding Pops! They are creamy and sweet, with a little crunchiness from the Oreo pieces. Basically heaven on a hot summer day. Best part- they are quick to whip up and set in the freezer in just a few hours.

In a medium bowl, stir pudding mix into milk, then carefully stir in frozen whipped topping. (Don’t overdo it, just stir until incorporated.) Stir in Nutella. Place in the refrigerator for 10 minutes to set.

Once the pudding has set up, it’s time to fill the popsicle molds (I use this one, from Amazon). For half of mine, I did a layer of whipped topping at the bottom of the molds first (so it would look like whipped cream topping on the “pie”). The other half, I just filled the molds with the Oreo pudding mixture by itself. The popsicles with the whipped topping layer were softer than the ones without. It’s up to you which way you want to go.

Once the molds are filled, place in the freezer for at least 4 hours or until the popsicles are solid.

Pop the popsicles out of their molds and enjoy! 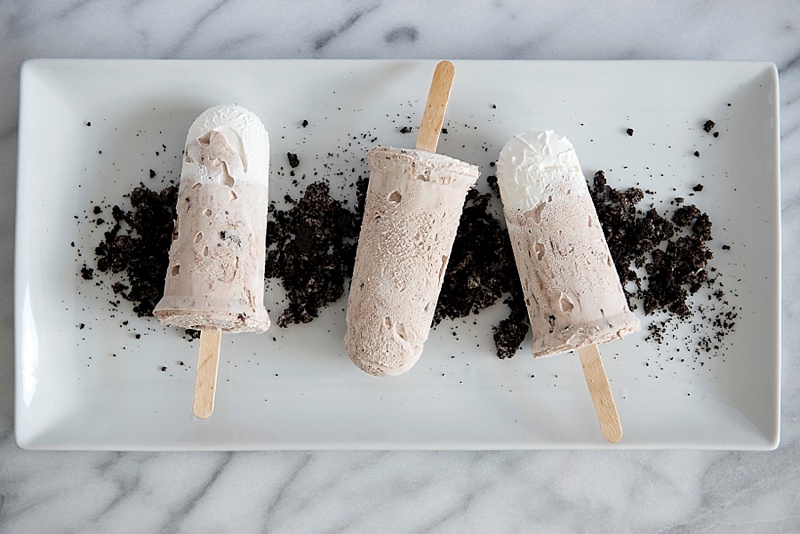 What’s your favorite summer treat? I’d love to hear about it in the comments!